✥ Popularized the genres of urban fantasy and mythic fiction which fall somewhere between classical fantasy literature and mainstream fiction with a magical realist twist. His distinctive style of fantasy draws upon both local North American as well as European folklore. His genre, that of contemporary fantasy, which combines the 'real' world with the "otherworld," allows the co-existence of the natural and the supernatural. De Lint draws upon not only North American Aboriginal culture, but also the folklore of other cultures. For example, his early novel, Moonheart, uses elements of both Native American and Welsh folklore. ~ Charles de Lint

About the Author Edit

Charles de Lint was born in the Netherlands on December 22, 1951. His family emigrated to Canada when he was only four months old. His father's job with an international surveying company resulted in several moves during de Lint's childhood, but by the time he was 12—having lived in Western Canada, Turkey and Lebanon—the family had settled in Lucerne, Quebec, not too far from Ottawa, Ontario where he now resides.

In 1980, de Lint married the love of his life, MaryAnn Harris, who works closely with him as his first editor, business manager and creative consort. They share their love and home with a sweet-natured cat named Clare and a cheery little dog named Johnny Cash.

De Lint is best described as a romantic—a believer in compassion, hope and human potential. He is known as a master in the field of contemporary fantasy, helping to pioneer the genre with his groundbreaking novel Moonheart (1984). His vivid portrayal of character and settings has earned him a vast readership and glowing praise from reviewers and peers alike.

Charles de Lint writes like a magician. He draws out the strange inside our own world, weaving stories that feel more real than we are when we read them. He is, simply put, the best. —Holly Black (bestselling author)

Charles de Lint is the modern master of urban fantasy. Folktale, myth, fairy tale, dreams, urban legend-all of it adds up to pure magic in de Lint's vivid, original world. No one does it better. —Alice Hoffman (bestselling author)

To read de Lint is to fall under the spell of a master storyteller, to be reminded of the greatness of life, of the beauty and majesty lurking in shadows and empty doorways. —Quill & Quire

His numerous awards and honours include the World Fantasy Award, the Canadian SF/Fantasy Aurora Award, and the White Pine Award, among others. Modern Library's Top 100 Books of the 20th Century poll, conducted by Random House and voted on by readers, put eight of de Lint's books among the top 100.

With 36 novels and 35 books of short fiction to date, de Lint writes for adults, teens and children. His most recent adult novel, The Mystery of Grace (2009), is a fantastical ghost story and a heart-wrenching tale of love, passion and faith.

Newer work includes Under My Skin—book one of his new series, The Wildlings, from Penguin Canada (March 2012). The Cats of Tanglewood Forest, a novel for middle-grade readers, will be published by Little, Brown in January 2013.

De Lint has been the main book reviewer for The Magazine of Fantasy & Science Fiction since 1987. He has also written critical essays, music reviews, opinion columns and entries to encyclopedias. He has taught creative writing workshops for adults and children in Canada and the USA, and served as Writer in residence for two public libraries in Ottawa. He has also served as a judge for several prominent awards, including the Nebula Award, the World Fantasy Award, the Theodore Sturgeon Award and the Bram Stoker Award.

The proverbial Renaissance man, de Lint is also a painter, poet and musician. His storytelling skills shine in his original songs, several of which were recorded and released in 2011 on his CD, Old Blue Truck. A multi-instrumentalist, de Lint performs with MaryAnn (also a musician). His main instruments are guitar, harmonica and vocals, while hers are mandolin, guitar, vocals and percussion.

Other Sites of Interest: 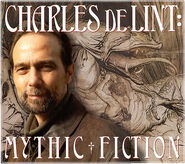 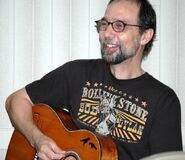 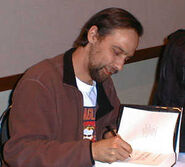